The Cotswolds covers a huge area – almost 800 square miles – and runs through five counties (Gloucestershire, Oxfordshire, Warwickshire, Wiltshire and Worcestershire). We’re situated on the North East tip on the edge of Upper Tysoe village. One of the delights of visiting The Cotswolds is exploring the different areas, each with its own identity, yet all with those defining features of the region – golden stone and rolling hills – the ‘Wolds’. This is the perfect area in which to explore quintessentially English villages and lively market towns; so here’s our pick of favourites nearby:

Nestled in the north Oxfordshire countryside lies the tiny village of Hook Norton. Unlike other traditional Cotswold villages that are built using the famously golden limestone, ‘Hooky,’ as it’s affectionately known by locals, stands on brown ironstone which is reflected in the village’s buildings. A trip to Hook Norton Brewery while you are there is almost mandatory!

Spend an afternoon in the beautiful Great Tew, one of the prettiest villages around, with an abundance of thatched cottages with gabled roofs and unique, mature cottage gardens. Home to celebrities including the Beckhams and, formerly, Chris Martin and Gwyneth Paltrow.

Chipping Norton is a bustling market town occupying the highest point of Oxfordshire. Also called ‘Chippy,’ this lively area plays host to a variety of festivals around the year such as the well-known Chipping Norton Literary Festival. Not far away, you can find the mysterious Rollright Stones, a megalithic stone circle. Legend has it that it is impossible to count the stones, and that whomever can count them three times and always reach the same number will have their heart’s desire fulfilled.

Rumoured to be the inspiration behind Tolkien’s ‘Weathertop’ in Lord of the Rings, the picturesque village of Mickleton is the northernmost village in Gloucestershire and lies where the Cotswolds meets Warwickshire. There’s an abundance of black and white thatched cottages interspersed with limestone buildings, creating a picture-perfect Cotswold scene.

This thriving market town has a High Street lined with elegant 17th- and 18th-Century buildings, among them the White Hart Royal Hotel, a former manor house in which King Charles I sheltered during the Civil War – and the Curfew Tower housing its original clock and bell.

This ancient small market town boasts many beautiful buildings and is a gilded masterpiece of limestone and craftsmanship. Chipping Campden’s church, St. James, at the north end of the town, is perhaps, the finest ‘wool’ church in the Cotswolds, with a magnificent 120ft (36-metre) tower. The church is famed for having one of the oldest altar tapestries and largest brass in England.

If you’re looking for tea rooms, museums, cosy pubs and picture-book houses, Bourton-on-the-Water, fondly known as ‘the Venice of the Cotswolds’, has them in abundance. The River Windrush trickles under small bridges through the village, which is full of centuries-old golden stone cottages. Don’t forget to stop off at the Cotswold and Motoring Museum and model village while you’re there. 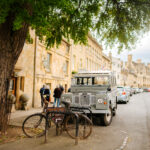 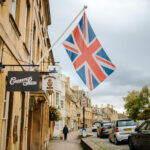 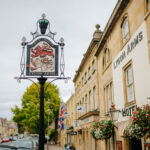 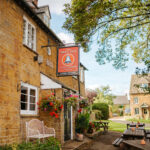 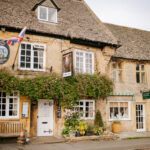 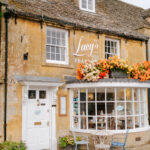 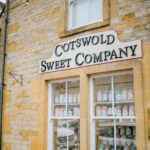